Mr. Chilly is an app I made with developer Alex Chia. It's an animated look at SF's different microclimate temperatures. 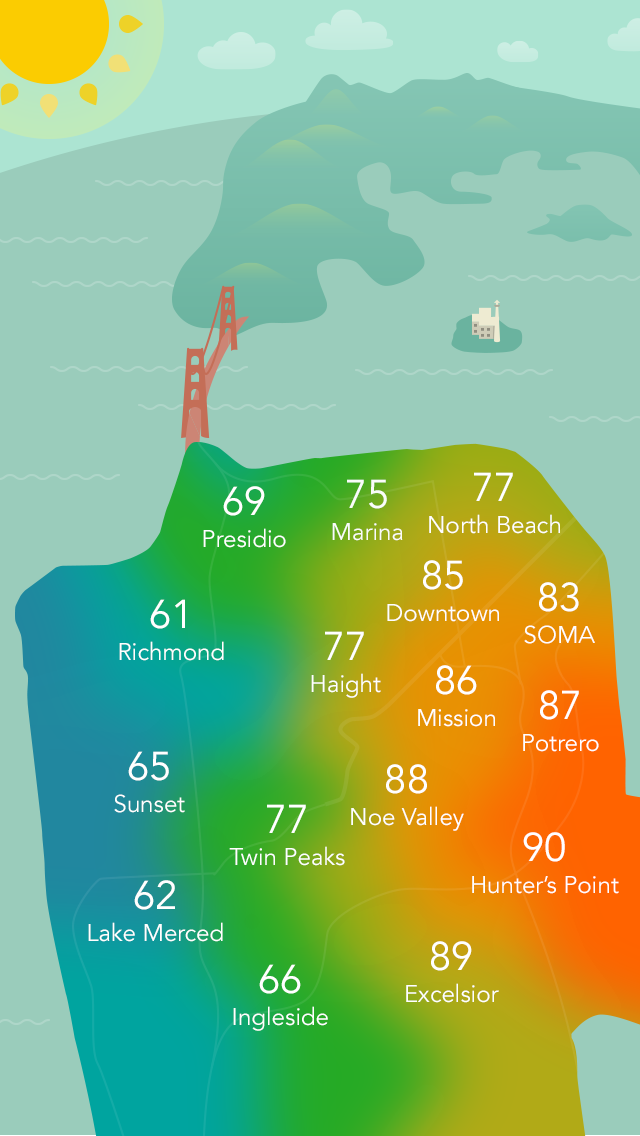 I designed a bell-curved system of colors and temperatures, and divided up the city into its various neighborhoods. Foggymandering. 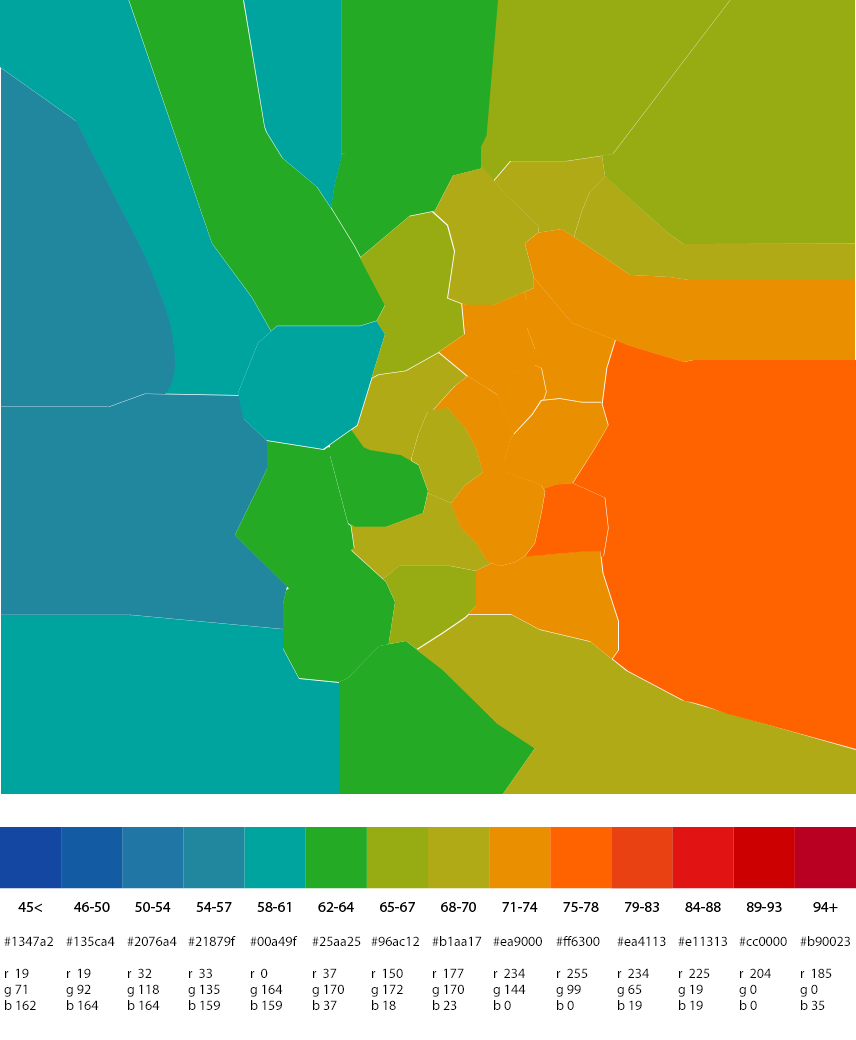 Since we're pulling Weather Underground's data, I associated each neighborhood label and foggymandered region with a WU weather station. 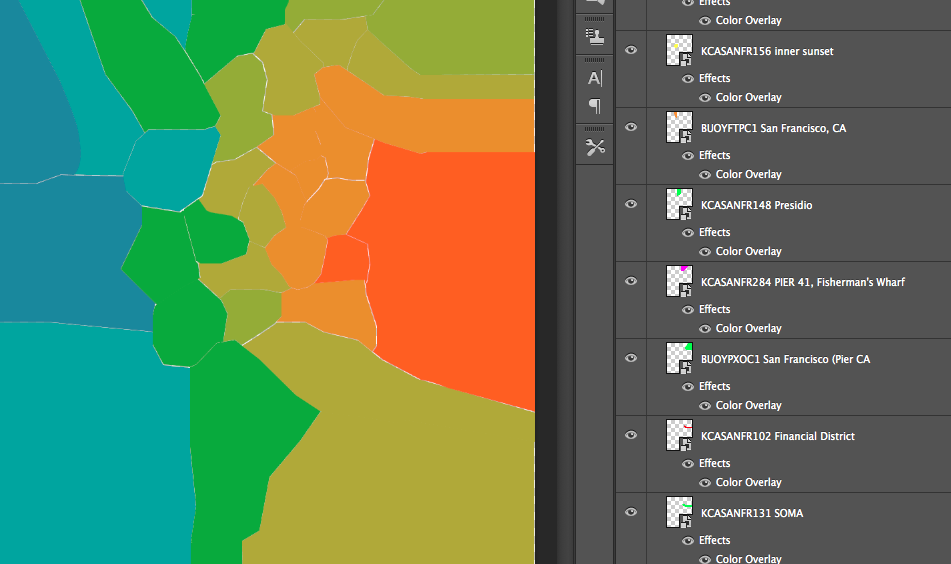 To make sure that my ideas were programmatically feasible—and to build animations that I could hand over to the developer—I built out visual components of the view in HTML and CSS.

I used vector graphics with CSS blurring and masking to create the SF-shaped heat map. I animated the sun rays and ocean waves. 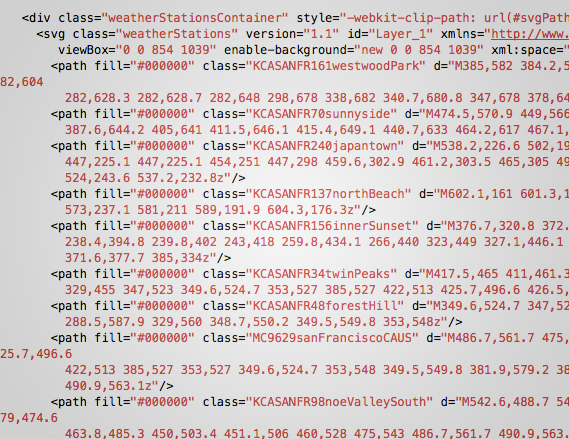 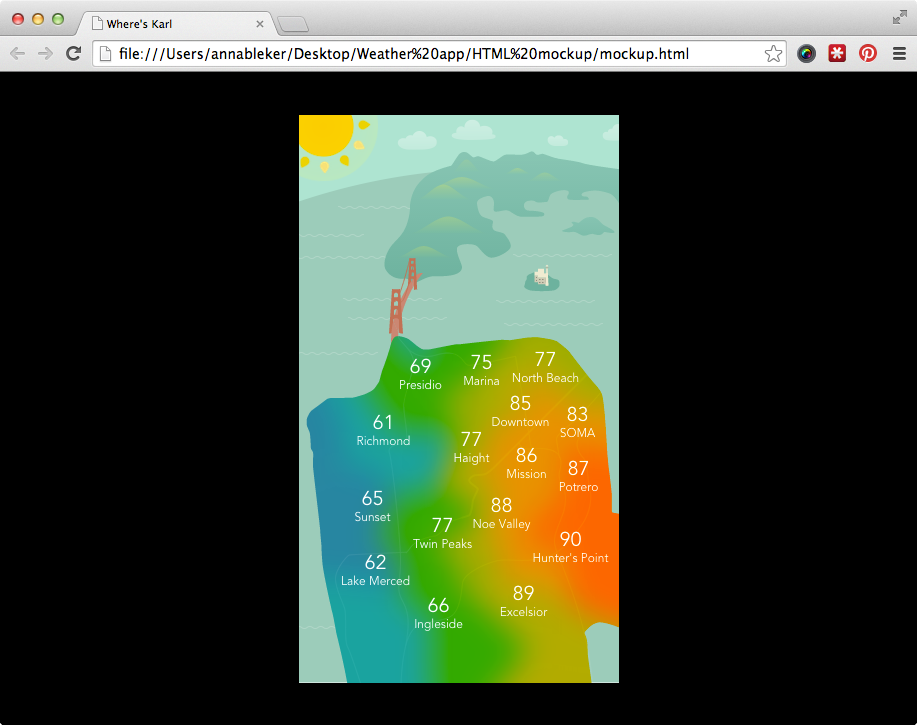 The app is currently available for iOS.

Get Mr. Chilly on the App Store.